The United Nations designates August 19 as World Humanitarian Day—“a time to recognize those who face danger and adversity to help others” and “to celebrate the spirit that inspires humanitarian work around the globe.”

In commemoration of this day, the Church of Scientology International honors the thousands of Scientology Volunteer Ministers on call 24/7 to help others in 120 nations, and the many caring individuals and organizations with whom they partners to reach out to those in desperate need of help.

Robinson learned of the Scientology Volunteer Ministers in January 2010: the magnitude 7.0 Haiti earthquake struck, killing an estimated 220,000 and leaving more than 300,000 injured, many of whom would perish without emergency medical care.

“The Church of Scientology Volunteer Ministry made it possible for my organization to do what we have to do, such as save lives, not just in the community but as far away as Haiti,” says Robinson. “When everybody else during the Haiti quake was saying, ‘You CANNOT land in Haiti. You cannot go to Haiti,’ I get a telephone call. It was the Church of Scientology Volunteer Ministers. And the voice on the other end says, ‘I heard you guys are trying to get to Haiti. Take some of your people to Hangar 4, JFK, and look for the Volunteer Ministers in the yellow jackets. We’re gonna help you get to Haiti.’”

Robinson describes the partnership forged between the members of his ambulance corps and the Scientology Volunteer Ministers, who provided the urgently needed support to the doctors and emergency workers in Port-au-Prince.

“We delivered babies, set fractures, and treated thousands of patients together,” he says. “There was no doubt in my mind that if it wasn’t for some of the Volunteer Ministers being on the scene to assist our medical personnel, those patients would have died.”

“They bring hope to millions of people that otherwise would not have any hope at all,” he says. 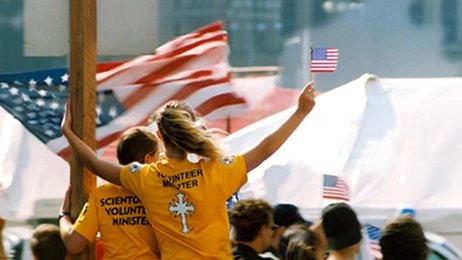 Making Sure Young People Have The Chance He Never Did
LONDON, ENGLAND
Leading the Fight to Rid Mauritius of a Drug Plague
MAURITIUS, AFRICA
Defending the Rights of Parents to Protect their Children
DETROIT, MICHIGAN