DEFENDING THE RIGHTS OF PARENTS TO PROTECT THEIR CHILDREN

In honor of World Humanitarian Day, the Church of Scientology features a story of Constitutional and civil rights attorney Allison Folmar who practices in the Greater Detroit metropolitan area.

Folmar received a call in the middle of the night. The Michigan Department of Human Services had ordered the daughter of Maryanne Godboldo be removed from her home, claiming the mother had refused to give her daughter controversial antipsychotic medication. This led to a 12-hour standoff at Godboldo’s home, including police, SWAT, helicopters, even tanks.

“I got called in to represent her,” says Folmar. “Her daughter had not had any problems until she was given the drug. This mother had a right to take her child off. It was harming her child. It was killing her child.”

But to properly defend the woman, Folmar needed more information and expertise. Psychiatric medication was not a subject she was familiar with.

“I certainly did not know the hazards of and the side effects of these drugs,” she says. “But then I got a call from real help—CCHR. We had facts, we had statistics.”

Citizens Commission on Human Rights (CCHR) is a nonprofit charitable mental health watchdog established by the Church of Scientology in 1969, and dedicated to eradicating psychiatric abuses and ensuring patient protection.

“I was educated on the drugs to know what the side effects are. They (the pharmaceutical companies) are not going to tell you that,” she says. “And CCHR didn’t just drop the information, you know. They were there. CCHR stepped up truly, I mean, it was like they had our back.”

The judge ruled the order removing 12-year-old Ariana from her mother’s home was unconstitutional. All Criminal charges against Godboldo were dropped and she and her daughter were reunited.

“We’re changing laws right now so that families never have to experience what my client experienced,” says Folmar, “so that a family never has to be broken. And that’s what human rights is about. That’s what the advocacy of CCHR is about.” 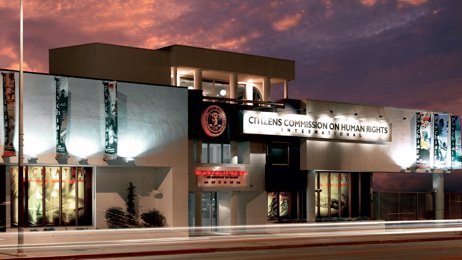 Find out more about the Citizens Commission on Human Rights (CCHR) and the support from the Church of Scientology to restore human rights and dignity to mental health.