RESTORING INTEGRITY
THE WAY TO HAPPINESS

A stunning two-thirds of the world’s governments are riddled with serious corruption. Almost a quarter of today’s emerging leaders are convinced they need to behave unethically to get ahead.

To reverse this decline and restore fundamental morals and values, L. Ron Hubbard wrote The Way to Happiness: A Common Sense Guide to Better Living. Entirely nonreligious, its 21 precepts may be used by anyone regardless of race, culture or creed to foster kindness, honesty and the basic skills of living.

The Way to Happiness, now published in 112 languages, has brought calm to communities torn by violence, peace to areas ravaged by civil strife and self-respect to millions of individuals—in schools, prisons, churches, youth and community centers.

To uplift every sector of society, the nonprofit, secular The Way to Happiness Foundation International headquarters in Glendale, California, was established as the coordination center for worldwide activities. Through support of the Churches of Scientology and Scientologists, The Way to Happiness and its educational materials and programs are now utilized in every corner of the globe, helping to instill a higher level of honesty, trust and self-respect throughout every culture.

BRINGING PEACE TO A REGION IN TURMOIL

10,000 members of the National Police force reached 20% of the population with The Way to Happiness, bringing calm to a volatile country.

Decades of narco-terrorism and drug wars turned Colombia into one of the world’s most violent nations, wracked by kidnappings and murders.

Seeking a solution, the Colombian National Police launched a Way to Happiness program, directing a massive handout when street protests threatened to erupt into riots. Officials also arranged to have public service announcements depicting The Way to Happiness precepts aired on Bogotá television.

The National Police Colonel coordinating the effort next turned the focus to Cartagena, where escalating crime endangered tourism. A Way to Happiness seminar for 140 Cartagena police officers was followed by booklet distribution throughout the city. Date coincident with an intensive three-year program using The Way to Happiness, crime in Cartagena had dropped by 27 percent and it was declared Colombia’s safest city.

As the program expanded nationwide, the crime rate in other cities plummeted—in no small measure the result of more than 10,000 police officers, trained in The Way to Happiness program, delivering seminars to 3 million citizens and distributing copies of the booklet to 20 percent of the population.

Thereafter, neighboring nations desperate for solutions to drugs and crime also adopted The Way to Happiness. A First Lady of Guatemala requested 3 million copies of the booklet and distributed it through the national police, mayors and schools. This infusion of the booklet was followed by significant drops in crime. In Peru, a retired General of the National Police introduced The Way to Happiness to the International Police Association and then the Peruvian police network where it became official police training. In 2014, the Sao Paulo Military Police began The Way to Happiness training, along with distribution of thousands of booklets.

THE WAY TO
HAPPINESS
booklet
TRANSLATED
in
112
LANGUAGES

“Hope has arrived with The Way to Happiness. From its 21 precepts and their application, the tide can turn so that we can again enjoy the virtues of life of justness, loyalty, honesty, kindness, forgivingness, self-control, dignity, respect and love, to name a few. On behalf of the government and people of Dominica, I wish to thank you for this initiative and your efforts to make this program a success.” –Minister for Culture, Youth & Sports, Dominica

“The Way to Happiness does not compromise a person’s existing beliefs or social status. In a sense, it is all-pervasive. Whether a Muslim or Hindu or even a nonbeliever, it can make a very telling message that is relevant to your own circumstances.” –Prime Minister (Ret.), Republic of Guyana

“My sincere thanks for the seminars given to police officers covering the precepts from The Way to Happiness. These have given us a good lesson and an understanding of the importance of being a police officer, which means setting a good example for the community and society.” –Metropolitan Police Commander, Bogotá, Colombia

SPREADING THE WAY TO HAPPINESS 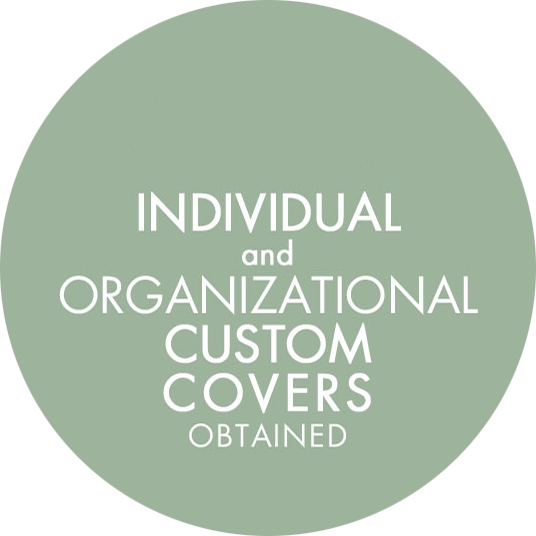 Individuals, schools, police departments, governments, businesses, professional practices—anyone may order their own custom edition of The Way to Happiness to share with family, friends, clients and even total strangers.

The diversity of specialized covers reflects the power and popularity of The Way to Happiness. In every corner of the world, individuals hear of the booklet, read it, share it with coworkers, principals, police chiefs, mayors, Members of Congress and Parliament.

The booklet, book-on-film and public service announcements are, in turn, introduced broadly through private and governmental groups, uplifting morality, integrity and trust throughout a community, country or nation.

“I would like to express my sincere gratitude for the course The Truth About Drugs delivered to members of the Coordination of School Security Programs which has been of great assistance to professionalize the workshops on drug prevention given to schools in Mexico City. I also want to thank you for the material you have provided that is benefiting the people we are reaching through these workshops.” —Underdirector, School Safety Unit, Ministry of Public Security, Mexico City

Previous THE WAY TO HAPPINESS
Next Multimedia Elements

THE WAY TO HAPPINESS

This free DVD includes an introduction to our program, twenty-one public service announcements and a preview of The Way to Happiness film.
REQUEST DVD

Is there a way to effectively improve the conduct, honesty and responsibility of young people?
REQUEST

Free The Way to Happiness
ENROLL